The first stop on our cruise was Cartagena, Columbia. I was very excited to visit here! This was my first glimpse of Columbia and South America, and I was curious to see what it was like. We woke to a beautiful sunrise, and coming into the city was spectacular! It was a clear day with blue skies and blue water, and as the city came into view it was gleaming white in the sunlight.

We docked right next to the container port which was really interesting. I had never seen such a port in action, and even though it was Sunday they were unloading the boat next to us as well as a couple others on the other side of it. So, between that and securing our boat, there was a lot of activity when we arrived.

We woke up to a beautiful sunrise, and the frigate bird told me that we must be getting close to land. 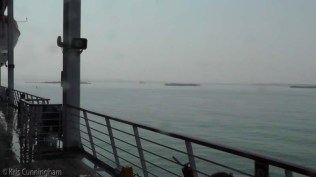 Land started coming into view, my first glimpses of Colmbia. 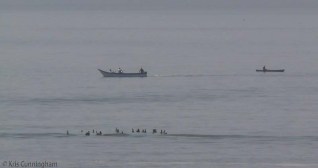 The pelicans were bobbing in the water as a couple boats passed by.

A large container ship, one of many in the area. 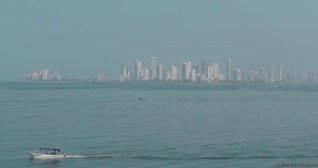 The city comes into view! 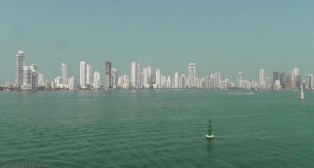 As we get closer, the city looks more and more beautiful.

The man in the little boat is an interesting contrast to the gleaming white city.

As we get closer, military boats and construction cranes come into view. 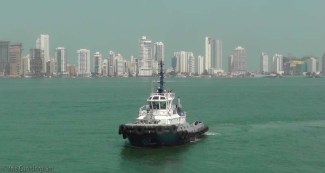 A tug comes out to meet our ship.

We approach a busy container area.

The tug follows us into port.

We dock next to this busy container area. 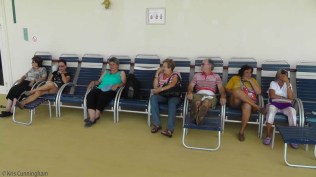 As we dock and get secured, Joel hangs out with all his women. 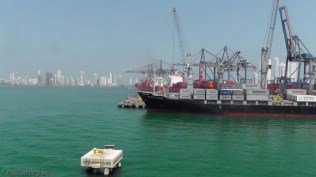 The container ship next to us.

Men come out to secure our lines.

It may be Sunday morning, but the container area is a flurry of activity. The boat next to us is having containers unloaded, and a couple boats farther away were also being unloaded. 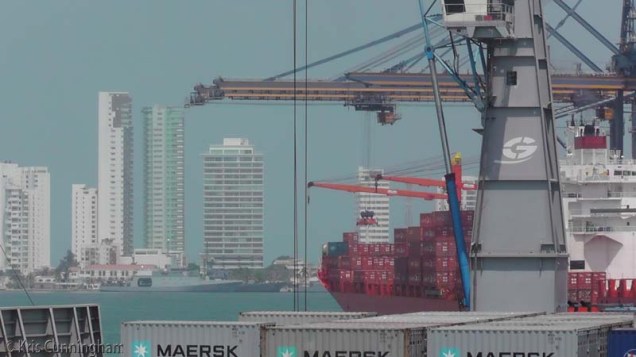 The container port, with the city behind.

Cartagena has an interesting history, and there is a Wikipedia article here. It was plundered and fought over by many people, but the Spanish were the main occupiers. Today it is a thriving city with a lot of industry, much of it based on petroleum products. Tourism is also an important business. The container port is the busiest in the country.

We live in David, Chiriqui Provence, Republic of Panama! This blog is about some of our experiences in our new country.
View all posts by Kris Cunningham →
This entry was posted in travel and tagged Cartagena, Columbia, Travel and Tourism. Bookmark the permalink.