Sunday Joel’s band had a late afternoon gig at the Boquete Brewing Company. It also happened to be the end of the Boquete Orchid Festival, which we hadn’t thought much about as we left and we didn’t know there was also a parade in town that afternoon as well.

We knew there might be something happening when we saw horses in Alto Boquete. 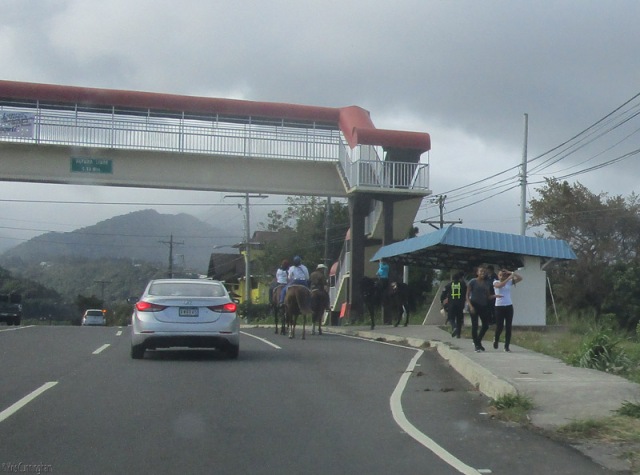 Horses at the bus stop

As we drove down into town we saw more and more horses, and the traffic got slower and slower. 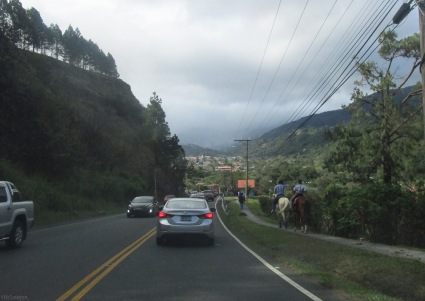 The horses were making their way down the sidewalk into town. Judging by the condition of the sidewalk, there had been a lot of them.

Many trucks and horse trailers were parked all over town 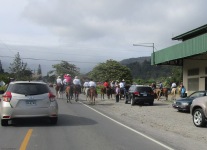 Some horses were in the street as well 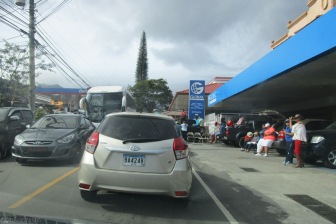 By the time we got near the center of town we had passed many people waiting for the parade to start, and the traffic was all jammed up. I was thankful I wasn’t driving that big white bus! 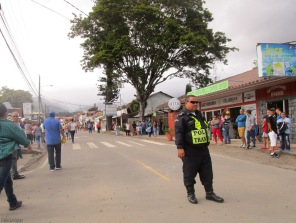 The center of town was closed, and I could hear a band approaching

Boquete is a small town and there aren’t that many ways to get through. To make it even more interesting they have been digging up the streets to put in water lines, and most of the streets are rough and bumpy. Thankfully the traffic kept moving even if slowly, and we managed to make our way around on a back road to our destination. After the usual setting up routine, it was time for music and fun! 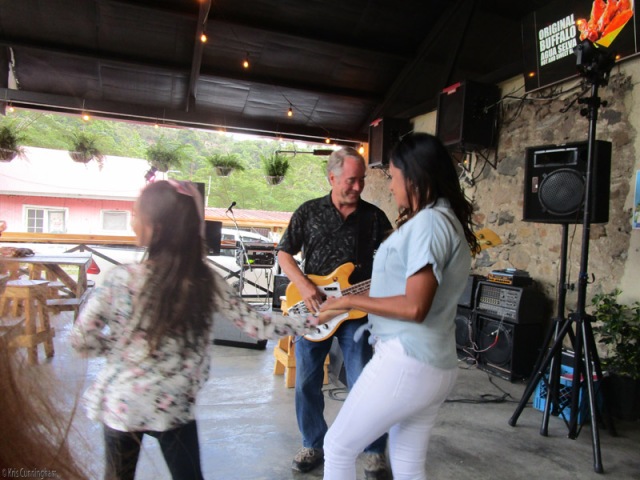 This young girl was having a great time dancing to the music with her mother.

It was a really fun evening! Some people were already there, others arrived later, people heard the music from the street and came in, and the dance floor had more and more people as the evening went on. Victor, the owner, is a musician with a very successful band in Panama City. He sat in for a song too, which was awesome. He wants this band back as many Sundays as possible which is a great compliment from another musician and business owner. 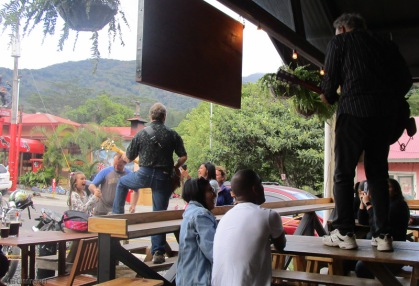 Gary, the bass player goes over to entertain the excited young girl, while Joel makes his way on the table behind him

Now everyone is on tables!

Victor gets a lap dance from Joel and his guitar 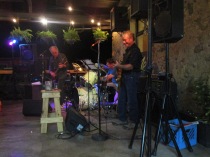 Darkness falls, and the fun rises 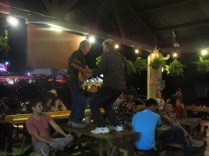 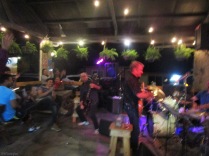 It’s hard to get a clear picture of musicians who are in constant motion!

That was only one of quite a few things I’ve been doing lately. This is another wonderful thing about retirement. If you overextend yourself and get tired, you can take a day off any time you wish. Yesterday was one of those days and I just chilled at home and didn’t do much of anything. Mi vida difícil en Panamá. 😀

11 Responses to Sunday in Boquete