I’ve been sitting on this for a while, not sure if I want to post it. I try to keep complaining and negativity to a minimum but if this helps any of you avoid a bad situation, I’ll be glad I shared it.

There are reasons to avoid shopping at certain places, reasons to avoid supporting certain businesses. Walmart was at the forefront of this article. I have heard their employees aren’t paid well, and neither are their suppliers which allows them to keep prices low enough to squeeze out local businesses, and keeps their employees and suppliers barely surviving. But this?! I read this article a few days ago and I’m still angry.

I am reposting the article from the New York Times in its entirety here. Be very careful where and how you shop, and don’t use those self checkout lines! I don’t know how this is allowed to go on except the victims don’t tend to have the money to hire lawyers and fight back, and they feel powerless against a business that feels big enough to crush them.

Walmart and other companies are using aggressive legal tactics to get the money back, demanding payments even when people haven’t been convicted of wrongdoing.

MOBILE, Ala. — Crystal Thompson was at home watching the Rose Bowl parade when a county sheriff came to arrest her for shoplifting from the local Walmart.

Ms. Thompson, 43, was baffled and scared. An agoraphobic, she had not shopped at a Walmart in more than a year. She was taken to a Mobile jail, searched, held in a small room and required to remove her false teeth, something she didn’t even do in front of her husband.

Four days after she returned home, the letters from Walmart’s lawyer started to arrive. The lawyer demanded that Ms. Thompson pay the company $200 or face a possible lawsuit. She received three letters over two months in early 2016.

Shoplifting is an intractable problem for retailers, costing stores more than $17 billion a year, according to an industry estimate. To get the money back, many companies employ aggressive legal tactics and take advantage of loosely written state laws, pushing for restitution even when people have not been convicted of wrongdoing.

Many of the laws were established so retailers could pursue shoplifters without clogging up the courts. Retailers, though, often move on both fronts, pressing criminal charges against suspects, while demanding that they pay up before cases are resolved.

In many states, retailers do not have to return the money they collect if the cases are ultimately dismissed or the people are cleared. A Walmart executive, in a court deposition, acknowledged that the company did not follow up to check on whether people it sought money from had been convicted of shoplifting.

Walmart and other companies have created well-oiled operations, hiring law firms to send tens of thousands of letters a year. Walmart set a collection goal of about $6 million in 2016 for one of its go-to firms, Palmer Reifler & Associates, according to a court paper filed as part of a lawsuit Ms. Thompson brought against the retailer. The firm also pointed out to Walmart that minors tended to pay off more frequently, the filing said.

“It is my word against this company,” said Ms. Thompson, whose criminal case was dismissed after no one from Walmart appeared at a hearing to testify against her. “I’m nobody special. I didn’t feel like I had a prayer.”

“While there are multiple steps that our associates follow before initiating a civil claim against a customer, people can make mistakes,” the company said in a statement. “We are deeply sorry when that happens. We continually evaluate the effectiveness and benefit of our programs.”

Starting decades ago, the retail industry lobbied state legislatures for legal recourse to pursue shoplifters with fines. Retailers argued that the penalties would go a long way toward deterring future theft, and that rampant shoplifting ate into already thin profit margins, potentially raising prices for consumers.

In some states, companies have been able to collect more than the value of the allegedly stolen items, up to $1,000 in some instances. Despite numerous lawsuits against retailers and news reports about collection tactics, the laws have remained largely intact.

Maryland is one of the few states to revise its shoplifting statutes. In 2016, the state began requiring retailers to report the number of collection letters they send. To date, no retailer has complied with the new requirements, according to state records.

In Illinois, a 2015 proposal to reduce the penalties that retailers can demand from shoplifting suspects died in the legislature. One of the bill’s sponsors said an industry lobbyist had warned him that the issue was a “third rail” among retailers with deep political influence in the state.

“There is no evidence that these laws have decreased shoplifting or decriminalized petty crime at all,” said Ryan Sullivan, an assistant professor at the Nebraska College of Law who studies the impact of shoplifting laws.

Yatarra McQueen got ensnared in the system after she exchanged an inflatable mattress for a grill at a Walmart in Montgomery, Ala.

Store employees suspected that she had stolen the mattress. But they let her make the exchange and leave the store.

A few days later, Ms. McQueen found an arrest warrant in her mailbox. She drove to a detention center, where she was searched and made to wear a blue jump suit.

At the same time, Walmart forwarded her name to Palmer Reifler. The firm sent her two letters demanding that she pay $200 or face a potential lawsuit on top of the criminal charge, according to a suit she later filed against Walmart. Ms. McQueen said she was scared of being sued, but she did not have the money to pay.

“The most powerful company in the world called me a thief,” Ms. McQueen said in a court document. “I was terrified.”

No one from Walmart showed up at her criminal trial, and the case was dismissed. While she was awaiting trial, Ms. McQueen said, her temporary nursing license was put on hold for nearly six months.

“This is an unpopular constituency,” said Christian Schreiber, a lawyer who filed a lawsuit in California state court against Home Depot over the practice. The suit resulted in a settlement for about 3,500 people who received demand letters from Palmer Reifler. “These are people accused of theft, so there is not a big interest in their rights.”

In Burlington, N.C., Anna Marie Martin said two police officers “threw” her on a couch, handcuffed her and took her to jail, according to a lawsuit she filed against Walmart. Her alleged crime: stealing a Bryan Adams CD and two others, totaling $25.62, then hitting a car in the Walmart parking lot and driving away.

Palmer Reifler sent her two letters demanding that she pay $150 within 20 days. “You may be held civilly liable” for as much as $1,000, the letters said.

Both letters were sent before the authorities determined that Ms. Martin had been “mistakenly charged” and dropped the criminal case, according to her suit. A Walmart employee had told the police that she was “80 percent sure” that Ms. Martin was the thief. 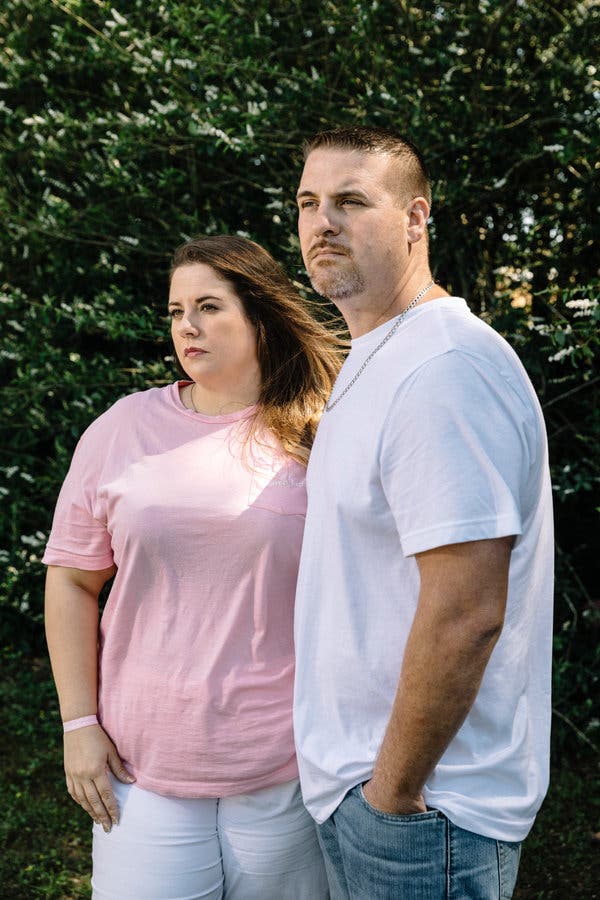 Ms. Martin recently settled her suit with Walmart for an undisclosed sum.

For many, a mere charge of shoplifting can do damage.

Lesleigh Nurse was accused of stealing groceries from a self-checkout line at a Walmart outside Mobile while she shopped with her husband and two children. She said that Walmart refused to show her video surveillance footage of the alleged crime. In the weeks after her arrest, Ms. Nurse said she got at least two letters from Palmer Reifler demanding $200, but she was advised by her lawyer not to pay.

Ms. Nurse appeared in court three times. No witnesses from Walmart ever showed up, she said, and her case was eventually dismissed. The letters stopped coming to Ms. Nurse once her case was dropped.

But Ms. Nurse has still had to repair her reputation. The day after she reported to jail, an internet police blotter posted her mug shot on a popular Facebook feed. Her husband said he had to pay more than $100 to the site’s operator to take down her photo.

“I can’t erase what people think of me in the back of their mind,’’ she said in an interview.

In a deposition this year in Ms. Thompson’s civil case, a senior Walmart manager at the time, said Walmart did not audit whether the people who received the demand letters had committed a crime.

He said such due diligence was the responsibility of Walmart’s outside law firms, which had “expertise” in the area.

“What investigations do you expect the law firms to conduct to determine whether these allegations are true?” Ms. Thompson’s lawyer David McDonald asked the executive in a deposition.

The executive replied: “We do not get involved in their processes because they are an independent contractor.”

In Alabama, Palmer Reifler hired a lawyer who had not practiced law in 27 years to sign letters sent to shoplifting suspects. The lawyer said he was employed part time at a funeral home while also working for Palmer Reifler. In a deposition, he said he was typically paid a retainer of $200 a month to sign collection letters.

The law firm did not return calls seeking comment.

In Ms. Thompson’s suit, a Walmart employee acknowledged in a deposition that he mistakenly accused her of shoplifting in December 2015.

He said it had appeared that one of Ms. Thompson’s daughters failed to scan about $70 worth of groceries at the self-checkout line.

Mr. McDonald said that if Ms. Thompson’s daughter took the groceries without scanning them properly, it was by mistake. Video surveillance, reviewed by The New York Times, shows her daughter trying to scan and rescan groceries at the checkout machine for about 17 minutes.

Walmart has not filed shoplifting charges against Ms. Thompson’s daughter.

“They are playing games with people’s future,” Ms. Thompson said.