A little bit of Carnival

We went to Dolega yesterday afternoon unfortunately just after the music and dancing ended, and before the nighttime festivities. But, at least we got a bit of a look at what was going on there.

Dolega is just a small town up the road from David. I’m sure the celebrations were nothing like Panama City or the famous Las Tablas where people go by the thousands, and planning goes on all year for the event. But, we at least got a taste of Carnival. 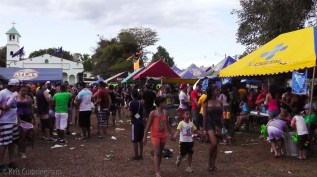 We arrived at the Carnival area after passing a lot of happy and wet people in the streets, and a number of vendors selling food and carnival related items – mainly sunglasses and water guns. 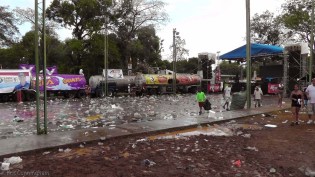 We found the music and dancing area. What a mess! LOL Everything was soaking wet and there were water bottles everywhere! 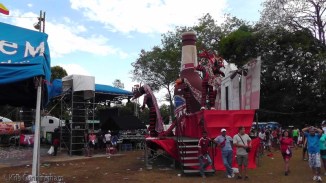 The music/PA area, and apparently the center of the festivities.. 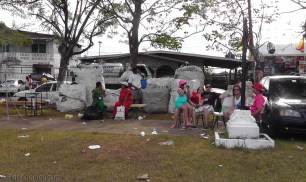 The cans collection – that is a LOT of cans!

There were many people busy cleaning up, including this guy who had the biggest bag I’ve seen. 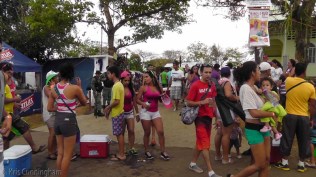 We noticed many police and security people everywhere making sure everything went smoothly. (and for you guys – did you notice the police? Yes the Panamanian women are gorgeous! ) 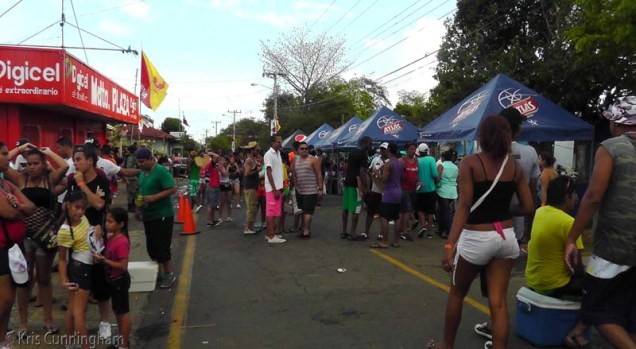 Back out on the street – more people enjoying the day.

We’ll have to go back again next year. I’d be interested to see the music and dancing, and the water cannons in action. This year we mainly saw a lot of vendors, a lot of very wet people, a few tipsy people, and very happy people with friends and family. There were also groups of people supporting various political candidates dressed in their matching t-shirts. There was a lot of security but I didn’t see anyone having or causing any problems. It was fun to see tipsy people hanging out of bus windows though, waving and shouting at people in the street.

There was a police checkpoint on the highway south of Dolega (we got waved through both ways). When we left I noticed they had some people pulled over on the side of the road. If you want to enjoy lots of cerveza (beer) at Carnival it’s probably a very bad idea to drive.

If you want to know more about Carnival, google should bring up a lot of information. Brazil has the biggest celebrations but Panama is right behind them. Not bad for a small country, eh?

We live in David, Chiriqui Provence, Republic of Panama! This blog is about some of our experiences in our new country.
View all posts by Kris Cunningham →
This entry was posted in culture, Miscellaneous, Panama and tagged Carnival, Dolega, Panama. Bookmark the permalink.

4 Responses to A little bit of Carnival