Posted on February 8, 2016 by Kris Cunningham

Following up on my earlier post about 16 resolutions, or thoughts to live by, inspired by this article at Brainpickings.org, here is the fifth thought by Bertrand Russel.

We are less bored than our ancestors were, but we are more afraid of boredom. We have come to know, or rather to believe, that boredom is not part of the natural lot of man, but can be avoided by a sufficiently vigorous pursuit of excitement.     […]

As we rise in the social scale the pursuit of excitement becomes more and more intense.

The pleasures of childhood should in the main be such as the child extracts from his environment by means of some effort and inventiveness… A child develops best when, like a young plant, he is left undisturbed in the same soil. Too much travel, too much variety of impressions, are not good for the young, and cause them as they grow up to become incapable of enduring fruitful monotony.

I do not mean that monotony has any merits of its own; I mean only that certain good things are not possible except where there is a certain degree of monotony… A generation that cannot endure boredom will be a generation of little men, of men unduly divorced from the slow processes of nature, of men in whom every vital impulse slowly withers, as though they were cut flowers in a vase.

To me, this sounds like the flip side of Resolution #2, Resist Absentminded Business and the idea of always looking for happiness out there, of always wanting to be entertained, of always wanting to be distracted from ourselves. It also makes me think of some kids who are so heavily scheduled with activities that they don’t have any time to themselves. I think like all things, a balance is best, a combination of activities and time on your own. 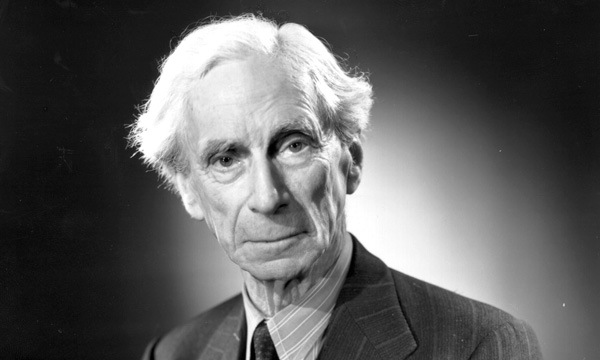 Bertrand Russell (May 18, 1872–February 2, 1970). According to this Wikipedia article, he was born to a prominent aristocratic family in Britain. He was a philosopher, logician, mathematician, historian, writer, social critic, and political activist. He is considered one of the founders of analytic philosophy. Of course Google will lead you to more information if you are interested.

It makes you wonder how someone so brilliant and accomplished in a wide variety of areas had any time to enjoy “fruitful monotony”. Or, maybe he wished he had. He talked about the problems of rising in social scale, and how a young person should be left like a plant to grow in the same place. But he was born to a family of high social scale and probably had the opportunity to travel and do a lot of things.

We live in David, Chiriqui Provence, Republic of Panama! This blog is about some of our experiences in our new country.
View all posts by Kris Cunningham →
This entry was posted in Panama, resolutions and tagged Betrand Russell. Bookmark the permalink.