I still have quite a few photos from our trip to Cuba. That was quite an experience! Living like a Cuban and hunting for daily food and necessities was quite an eye opener, and a huge lesson in appreciation in what we have available to us every day. For a reminder, read. Friday, Food Shopping in Cuba

Joel did some research on the food situation and learned the soil isn’t as fertile as one would hope, and all the sugar cane growing by the US and Russia hasn’t helped it either. Cuba is able to grow little of its own food and the vast majority is imported. There are the beginnings of sustainable farming efforts and measures to heal the soil but it’s not at all widespread and there is so much more to be learned and done before things can even begin to turn around.

Monday, we went walking in another direction, (down Simon Bolivar, if my map and memory serve) for some shopping we were told about. On the way we passed this beautiful church, Iglesia Del Sagrado Corazón de Jesus Then, we found PlazaPlaza Carlos III, one of the largest shopping complexes in Cuba. There was a variety of stores but we only visited the supermarket which had a better selection, but still hardly anything like we are accustomed to in our lives. There was only instant coffee, plenty of oil, rum, and fruit juice, and even some small frozen chickens (which we didn’t try) 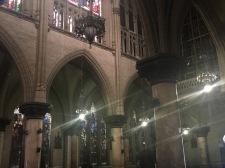 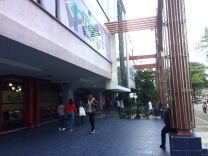 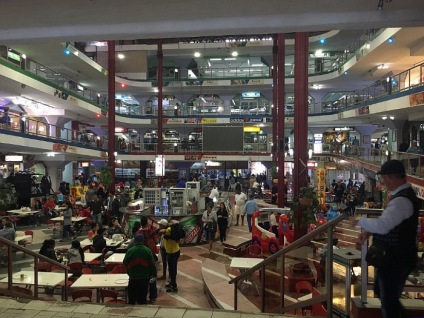 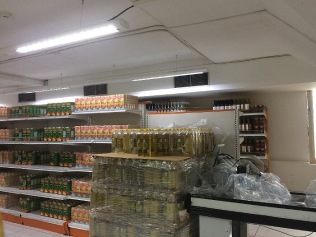 Later on after we got back, we were hanging out on the balcony watching the world go by, including some furniture moving across the street. The stairs are steep and narrow but the guys were experts at hauling things up to the balcony with ropes. 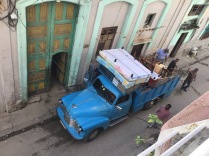 The neighbor was putting lacquer on these chairs

The. Eighbor lady watches the street below

The last of the photos, in no particular order…. 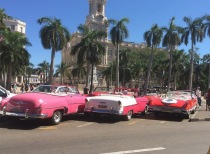 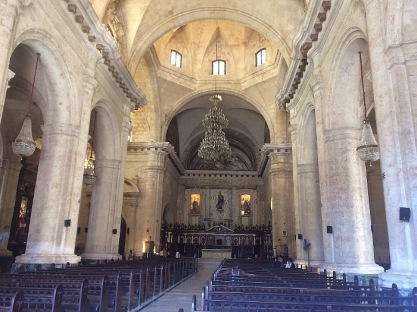 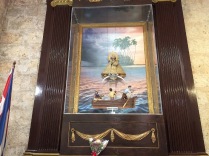 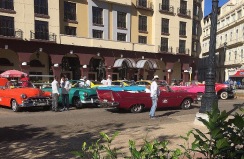 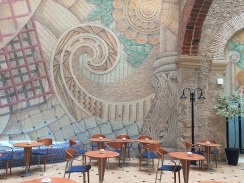 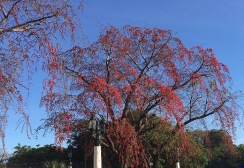 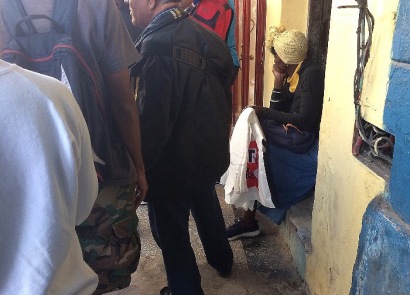 The lady selling bags to people in the bread line 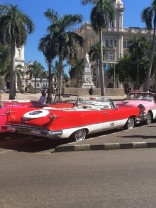 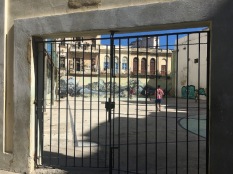 We have no idea what this commotion was all about

Whew! I’m sure there is a whole lot more to be said about Cuba but this is it for me, and I’m turning my attention to more recent things now. Chao Cuba

2 Responses to Catching up – Cuba